“We need to take a careful look at education, schools and so on. Children need to return to schools. We need to restart this process in a slow and calm manner. There are no problems in the village (well, we need to understand that farmers are busy planting crops, and there is no one to take care of children). There are no problems there. The season of acute respiratory viral infections has already ended,” the head of state said.

Later, when talking to the personnel of Neman Glassworks, the head of state said that schools in Minsk and oblast centers would start gradually resuming teaching next week following his instruction. “Schools will resume studies distantly at first. They will need to resume the teaching process in full by the end of the week. They have one week to get ready. Children will also have lessons on Saturday, as they have lagged behind a bit. They will have lessons on 1 May as well. Schools will be closed on 2 and 3 May. We will take these two days to catch up and perhaps will not need to extend the term in June,” the president said. 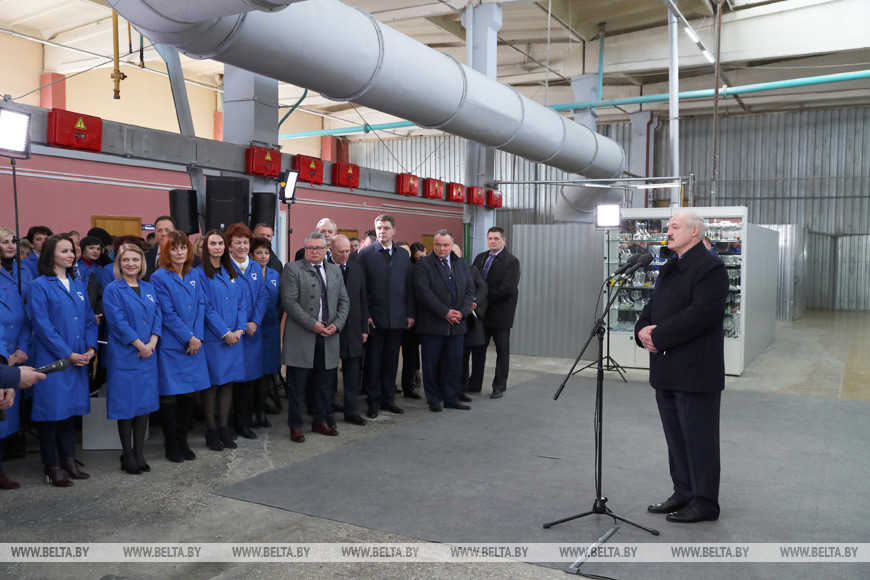 “Some parents will decide not to let their child go to school. Well, I cannot make them. It is their children. I am a parent myself. You see for yourself," the president said as he addressed parents. He said that his youngest son is in 9th grade and is actively preparing for the exams. Even during the additional holidays, he continued the educational process. "He took three days to get some rest and went back to school. I see it this way: if the president's son is so eager to go to school, then probably some others are too," the head of state noted.

He is convinced that staying away from school during a long time will have a negative impact not only on children's knowledge but also on their behavior. “Firstly, when you miss classes, it will be difficult for you to catch up. Secondly, it is psychologically bad for children. They have already got used to long holidays, and it will be hard for them to resume studies. The fourth academic term at schools is short. Very soon children will be having long holidays again,” said the president.

School holidays in Belarus were extended twice, for a week each time. In early April Education Minister Igor Karpenko updated the head of state on the situation after polls were held among students' parents. After that a decision was taken to extend spring holidays until 11 April inclusively. Later they were extended for one more week.

“Taking into account the prevailing epidemiological situation, the seasonal rise in the incidence of acute respiratory viral infections, influenza, other infections and the need to stabilize the situation, the head of state supported the proposal of the Education Ministry and the Healthcare Ministry to extend the spring break in general secondary education institutions until 18 April,” the President Administration commented on the decision.

The fourth term will last from 20 April till 30 May. The Education Ministry had to adjust the curricula and calendar-themed planning for each subject by means of organizing supportive and stimulating activities.